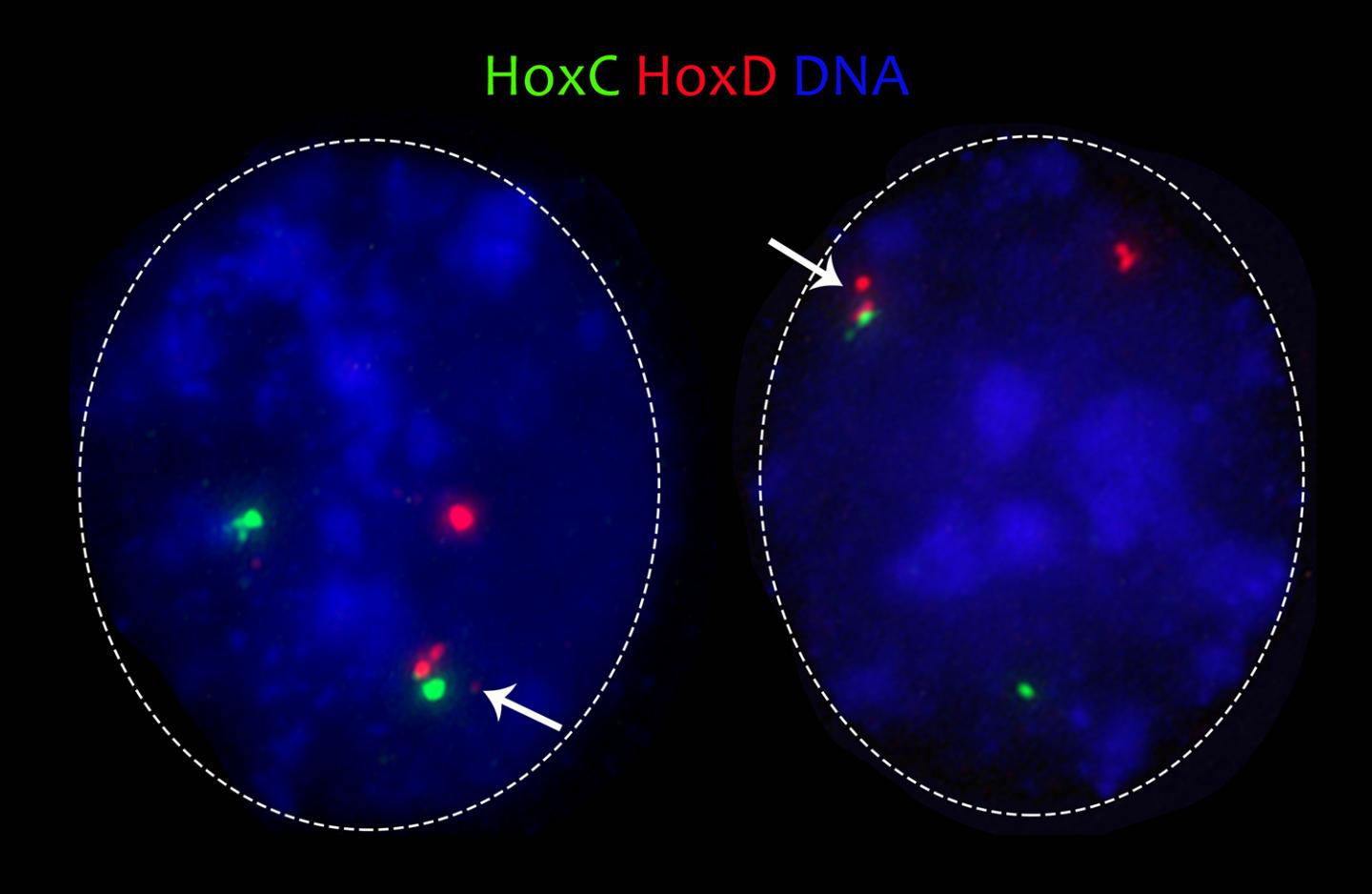 Cohesin is a protein complex that is essential for chromosome segregation in dividing cells. Recent evidence suggests that it also plays an important role in 3D genome architecture, which folds like an origami and regulates essential cellular processes that include gene expression, DNA replication and DNA repair. Cohesin mutations have been identified in some types of cancer and in rare diseases referred to as cohesinopathies. In a paper published in Cell Reports, the Chromosome Dynamics Group at the Spanish National Cancer Research Centre (CNIO), led by Ana Losada, describes new functions of cohesin in mouse embryonic stem cells that might help understand and address the causes of these disorders.

C0hesin has two variants, containing either SA1 or SA2. While the gene that encodes SA2 shows high mutation rates in certain types of cancer, like bladder cancer, acute myeloid leukaemia or Ewing sarcoma, mutation rates of SA1 are much lower.

In 2018, a study conducted by the Losada-led Group and the team headed by Marc Marti-Renom at the National Centre for Genomic Analysis-Centre for Genomic Regulation (CNAG-CRG) revealed the distinct roles of each variant in human epithelial cells. Now, the researchers at CNIO have taken a further step to determine what role each variant plays in the peculiar genome architecture of embryonic stem cells, that is, the pluripotent cells that can produce all the cell types of the adult organism.

Studying mouse embryonic stem cells – similar to human embryonic stem cells -, Losada and her team at CNIO are publishing in Cell Reports how cohesin-SA1 contributes to differentiate the distinct regions (TADs) in which the genome is organised, cohesin-SA2 helps to regulate the expression of genes that have a role in keeping the pluripotency of stem cells – pluripotency is the property that enables stem cells to originate all the cell types that make up the adult organism.

“Confirming that what we observed in human cells also occurs in such different cell types as mouse embryonic stem cells was really important to us,” says Losada, corresponding author of the research paper. Moreover, the study provides evidence for a novel role of cohesin in the structure of embryonic stem cells. “We have shown for the first time how cohesin contributes to the 3D organization of Polycomb domains,” she adds.

At the spotlight of cancer research

Polycomb domains are 3D genome structures that exist only in embryonic stem cells, as if it were an extra folding in the origami of its genome that is missing in the differentiated tissue cells. These regions, characterised by the presence of Polycomb complexes, are essential to prevent the expression of the genes encoding proteins with specific functions in embryonic development. Polycomb complexes, then, are involved in the repression of genes that otherwise would help initiate cell differentiation. The study to be published in Cell Reports revealed that cohesin-SA2 is present in these regions too, where it retains one of the proteins in the Polycomb complex. “When the levels of cohesin-SA2 in cells decrease, Polycomb protein levels in relevant chromatin domains decrease as well,” says Ana Cuadrado, first co-author and co-corresponding author of the study. “Consequently, chromosome folding loosens and the expression of tissue-specific genes is not properly silenced. Stem cells are no longer pluripotent and cannot work properly.”

In addition, Polycomb domains in distant chromosome regions, even in different chromosomes, interact with each other and in so doing facilitate gene repression. In retaining Polycomb proteins, cohesin-SA2 promotes such interactions. “We did not expect cohesin-SA1 to have just the opposite function, preventing those contacts,” says Daniel Giménez, bioinformatics expert at the Chromosome Dynamics Group and first co-author of the research paper.

Further study is required to understand the link between cohesin and Polycomb complexes in differentiated cells and its probable contribution to the emergence of cancer cells. “We believe that these lines of research will help us understand the role of cohesin mutations in cancer development and cohesinopathies, like Cornelia de Lange syndrome,” Losada concludes.

This study has been performed in collaboration with the group of Marc Marti-Renom at CNAG-CRG and the CNIO Bioinformatics Unit. It has been funded by the Ministry of Science, Innovation and Universities, the National Institute of Health Carlos III, FEDER, the Community of Madrid, the European Research Council, Horizon 2020 and AGAUR.

Plant-derived siRNAs could bring a ‘green revolution’ in RNAi tools and...

In vitro evolution of enhanced RNA replicons for immunotherapy