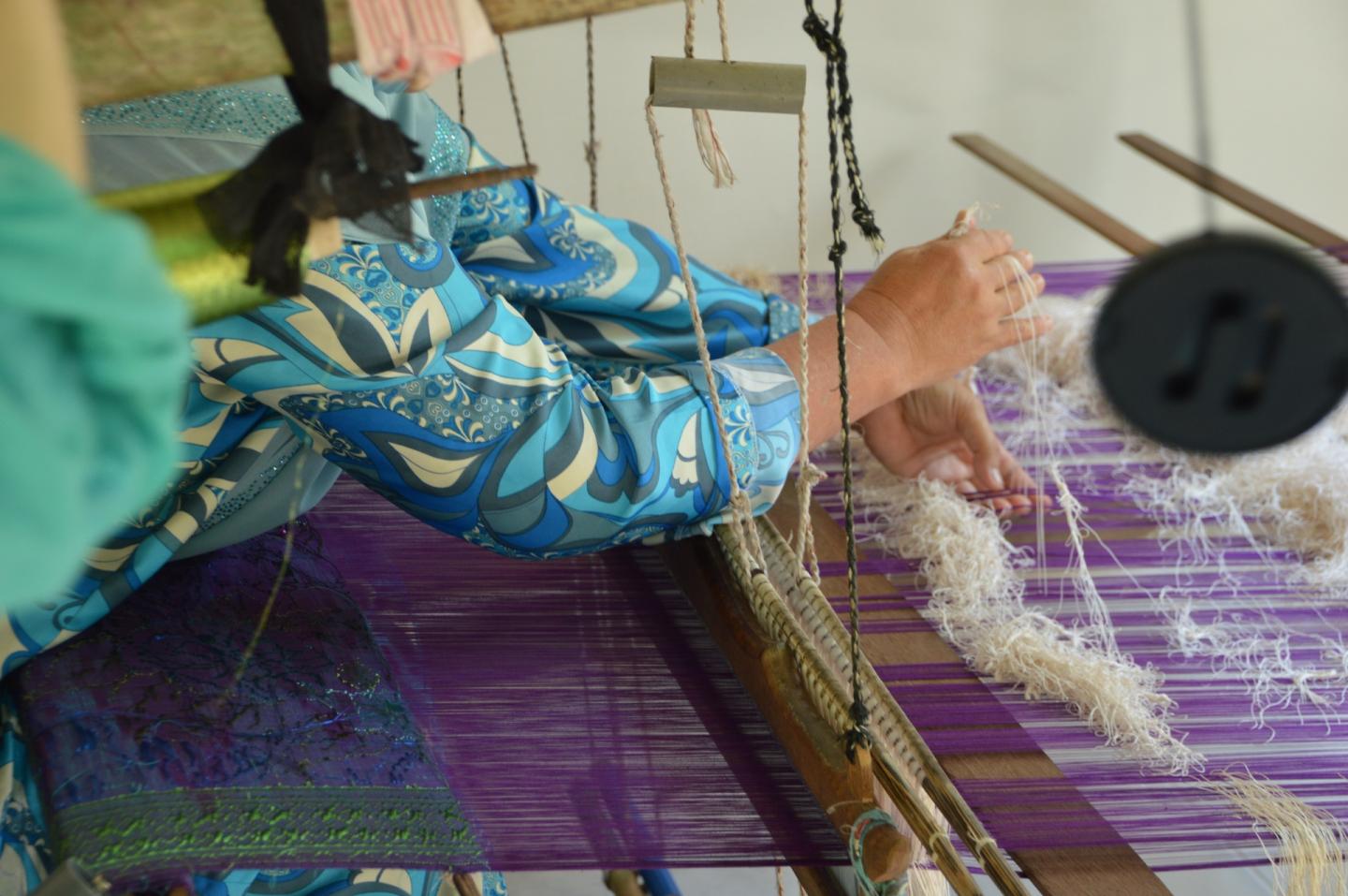 New smartphone apps and greater use of social media could help reduce the exploitation of traditional weavers in poor rural regions of Malaysia, new research suggests

New smartphone apps and greater use of social media could help reduce the exploitation of traditional weavers in poor rural regions of Malaysia, new research suggests.
An interdisciplinary team of researchers, including experts in human-computer interaction, information management, and English and creative writing, studied the supply chain of the songket fabric market in the Malaysian state of Terengganu. The researchers, who are supported by ‘Digital Threads: Towards personalized craft production in Malay cottage industries’, funded by AHRC UK, believe the use of new, social technology could help weavers connect more directly with customers, reducing the need to deal exclusively with merchants.

Songket is the traditional Malay fabric worn at special occasions, such as weddings and parties. A simple piece of songket can take a skilled weaver a month to make, with more elaborate designs taking much longer.

Many songket weavers work from home in isolated rural villages and they are often commissioned on an exclusive basis by merchants from large towns or cities. These merchants deal directly with the customers and also receive most of the profits from the sale of the garments.

The weavers, who are overwhelmingly women, often have limited education levels, lack ownership of their raw materials or equipment, have limited welfare provision, and are often only paid subsistence wages.

“Our findings indicate that weavers are invisible in both the physical world, due to their remoteness to customers, and the digital world because their relationships with customers are predominantly mediated by their merchants,” said Professor Corina Sas, of Lancaster University and co-author of the research. “Weavers have limited awareness of their vulnerable position because of their longstanding relationships with merchants, which for some has been built over several generations”.

“Therefore, despite their exploitative nature, these relationships are, in fact, consensual and perceived as beneficial by most weavers.”

The researchers, who captured and have written the stories of rural weavers so that these can be shared on online platforms used by weavers and prospective customers, point out that new designs of digital technology could help weavers to transition to selling their wares directly.

“Technological solutions will increase weavers’ visibility in the market, and they will learn of the less exploitative transactions available, such as weaving for their own customers,” said Dr Min Zhang, of Lancaster University and co-author of the research. “However gaining independence will take time and therefore, to ensure no loss of wages, the new solutions should co-exist, for a while, alongside the current exploitative relationships.”

The research, which is to be presented at the prestigious computing academic conference CHI 2019, in Glasgow, highlights the opportunities available for computing experts to design new platforms for a transforming sangket supply chain and for its different social layers – which include customer, designers, merchants and weavers.

The research is outlined in the paper ‘Designing for the Infrastructure of the Supply Chain of Malay Handwoven Songket in Terengganu’, and has received an Honourable Mention Award, given to papers ranked among the top five per cent of all submissions to the CHI 2019 conference.