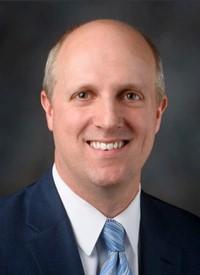 The data, reported at the ESMO World Congress on Gastrointestinal Cancer 2019, (2) suggest that the three-drug combination, encorafenib, binimetinib and cetuximab, should replace chemotherapy for the one in seven patients with metastatic colorectal cancer who have a BRAF mutation.

“These are very exciting results because we’ve been trying to target BRAF-mutant colorectal cancer for many years. It’s encouraging to see such a significant improvement in overall survival and response in patients with such aggressive tumour biology. Hopefully, this will soon lead to increased access to this treatment for pa-tients where there is currently such a large unmet need,” said study author Dr Scott Kopetz, from the UT MD Anderson Cancer Center, Houston, USA.

Kopetz explained that the three-drug combination builds on growing understanding of the activation of cancer genes such as BRAF and the effects of targeted therapies. “Colorectal cancer does not respond to BRAF therapy alone because tumour cells adapt through other mechanisms after initial treatment. With this triple targeted therapy, we are using a very scientifically logical combination to inhibit BRAF and these other mechanisms,” he pointed out.

Commenting on the relevance of the new data, Prof. Andres Cervantes from the Biomedical Research Institute INCLIVA, University of Valencia, Spain, stressed that it will be important for all patients with colorec-tal cancer to be tested for BRAF mutations in the light of the BEACON CRC findings. “We now have a specif-ic treatment that can change the natural course of the disease in patients with BRAF mutations and is better than previous therapy, so it is essential that patients are routinely tested.”

“At present, targeted therapy should probably be limited to the patient group treated in the BEACON CRC trial who had progressed after one or two previous lines of chemotherapy. However, it is important that we investigate its use in other settings where more patients with BRAF mutations may also benefit, including those with less advanced metastatic disease and possibly in the adjuvant setting after primary surgery with curative intent,” concluded Cervantes.

In the global BEACON CRC study (NCT02928224), 665 patients with BRAF V600E-mutant colorectal cancer who had progressed after one or two prior regimens in the metastatic setting were randomised to receive triplet therapy, doublet therapy (encorafenib and cetuximab) or the investigator’s choice of irinotecan or folinic acid, fluoruracil and irinotecan (FOLFIRI) and cetuximab.

BRAF V600E targeted treatment was well tolerated, with Grade 3 or higher adverse events seen in 58% of patients on triplet treatment, 50% of those in the doublet group and 61% of those in the standard therapy group.

An ongoing study (ANCHOR-CRC) is investigating the effects of triplet therapy as first line treatment for patients with metastatic BRAF V600E-mutant colorectal cancer.

Please make sure to use the official name of the meeting in your reports: ESMO World Congress on Gastrointestinal Cancer 2019
Official Congress Hashtag: #WorldGI2019

This press release contains information provided by the author of the highlighted abstract and reflects the content of those abstracts. It does not necessarily reflect the views or opinions of ESMO who cannot be held responsible for the accuracy of the data. Commentators quoted in the press release are required to comply with the ESMO Declaration of Interests policy and the ESMO Code of Conduct.

1 LBA-006 ‘BEACON CRC: a randomized, 3-Arm, phase 3 study of encorafenib and cetuximab with or without binimetinib vs. choice of either irinotecan or FOLFIRI plus cetuximab in BRAF V600E-mutant metastatic colorectal cancer’ will be presented by Scott Kopetz during Session XX: Colorectal Cancer (Part I) on Saturday, 6 July 09:20-10:05 CEST. Annals of Oncology 30 (Supplement 4): iv137-iv151, 2019

About the ESMO World Congress on Gastrointestinal Cancer

The ESMO World Congress on Gastrointestinal Cancer represents the year’s most important gathering designed to focus on reversing the current global statistics that rank gastrointestinal malignancies as the leading causes of cancer deaths worldwide.

LBA-006 – BEACON CRC: a randomized, 3-Arm, phase 3 study of encorafenib and cetuximab with or without binimetinib vs. choice of either irinotecan or FOLFIRI plus cetuximab in BRAF V600E-mutant metastatic colorectal cancer

Introduction: BRAF V600E mutations are identified in up to 15% of metastatic colorectal cancer (mCRC) patients and confer a poor prognosis. In patients who are refractory to initial therapy, objective response rates (ORR) to standard chemotherapy and biologic combinations are generally less than 10%, with median progression-free survival (PFS) and overall survival (OS) approximately 2 and 4-6 months, respectively. A 30-patient safety lead-in (SLI) of the BEACON CRC study assessed the safety, tolerability, and efficacy of the combination of encorafenib (ENCO) + binimetinib (BINI) + cetuximab (CETUX) in patients with BRAF V600E-mutant mCRC after failure of 1 or 2 prior regimens, confirming the acceptable safety and encouraging activity of the triplet combination for the randomized portion of the study.

Methods: The BEACON CRC Study (NCT02928224) is a multicenter, randomized, open-label, 3-arm, phase 3 study to evaluate ENCO+CETUX with/without BINI (triplet or doublet combination) vs. investigator’s choice of irinotecan (IRI) or FOLFIRI + CETUX (control) in patients with BRAF V600E-mutant mCRC whose disease has progressed after 1 or 2 prior regimens in the metastatic setting. The primary endpoints are OS and ORR (by blinded central review) comparing the triplet to the control arm; secondary end points included overall survival for the doublet arm compared to the control arm as well as progression-free survival, duration of response, and safety.

Conclusion: In the BEACON CRC study, the combination of ENCO+BINI+CETUX improved OS and ORR in patients with BRAF V600E-mutant mCRC when compared with current standard of care chemotherapy and had a safety profile consistent with the known safety profile of each agent. This targeted therapy regimen should be a new standard of care for this patient population.

This Biotech Transplants Cells into the Eye to Personalize Diabetes Treatments