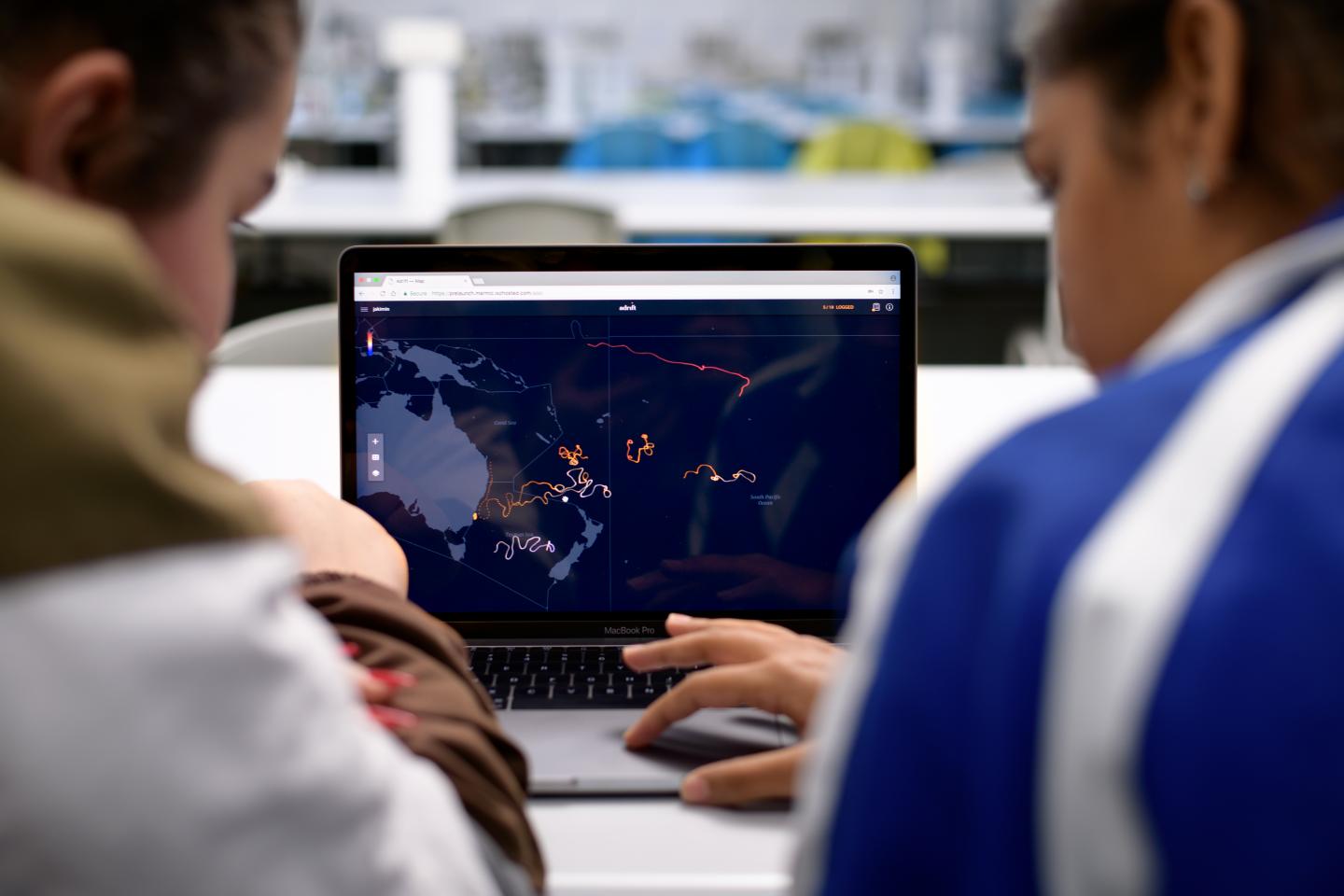 The picture of how climate change is impacting our ocean is often told via its larger inhabitants: scrawny polar bears, bleached coral, dwindling catch in fishing nets.

But just as importantly, microscopic marine organisms play an essential role in our biosphere. Not only do they form the foundational building blocks of the underwater food-web, but it’s estimated that marine microbes consume almost 50% of the Earth’s carbon dioxide through the process of photosynthesis.

Invisible to the naked eye, the health and movement of marine microbes that drift as part of the plankton is difficult to picture even for scientists – let alone everyday citizens.

This challenge, to visualise the range of conditions that drifting marine microbes encounter, brought a group of expert scientists and visual designers together on a path to create the online citizen science project Adrift.

Adrift is a portal that connects the public with the lives of microscopic marine microbes as they are propelled around the globe by ocean currents, with temperature and nutrient availability changing along the way.

Lead researcher and biological oceanographer Professor Martina Doblin from the University of Technology Sydney, says Adrift is designed to engage a diversity of participants, including those who may not have technical or scientific expertise.

“We want to give people a view of what conditions microbes experience in different parts of the ocean, to provide clues about their capacity to adapt to the relatively fast pace of human-induced changes in ocean conditions.

“So, as they’re drifting in different surface currents, microbes experience diverse conditions along their paths.

“Scientists can’t be in the ocean to look at the plankton in all these places, so we have created a method to visualise their experience based on ocean simulations,” says Doblin.

Doblin says that the collaborative aspect of the project – which includes data visualisation experts Professor Kate Sweetapple and Dr Jacquie Lorber Kasunic from the UTS Design School, and Nancy Longnecker, Professor of Science Communication at Otago University in New Zealand – was essential to the success of Adrift.

Prof. Kate Sweetapple says that Adrift is unique in the way that it visually maps and summarises the specific conditions for plankton in any given location in the ocean.

“The data produced by participants includes the geographic path travelled, and variations in temperature and nutrients experienced by the microbes.”

Using visual tools participants can learn about, map and record these variations, enabling researchers to identify areas of the ocean where real-life microbes are experiencing the most extreme changes along their drift paths.

“It’s a great entry point for students and citizens to get involved and begin to understand the challenges of living in the ocean today,” says Sweetapple.

Adrift is funded by the Inspiring Australia, Science Engagement Scheme, (Department of Innovation Industry and Science). Inspiring Australia contributes to the government’s vision to engage all Australians with science. Project partners are the Australian Bureau of Meteorology and the Integrated Marine Observing System (IMOS).

The University of Technology Sydney (UTS), located in central Sydney, is one of Australia’s leading universities of technology. It is known for fusing innovation, creativity and technology in its teaching and research and for being an industry-focused university. UTS has a total enrolment of over 40,000 students and is rated No.1 ‘young’ university in Australia in both the QS and Times Higher Education rankings. For more information go to uts.edu.au.

Synergistic effect of biological and advanced oxidation process treatment in the...