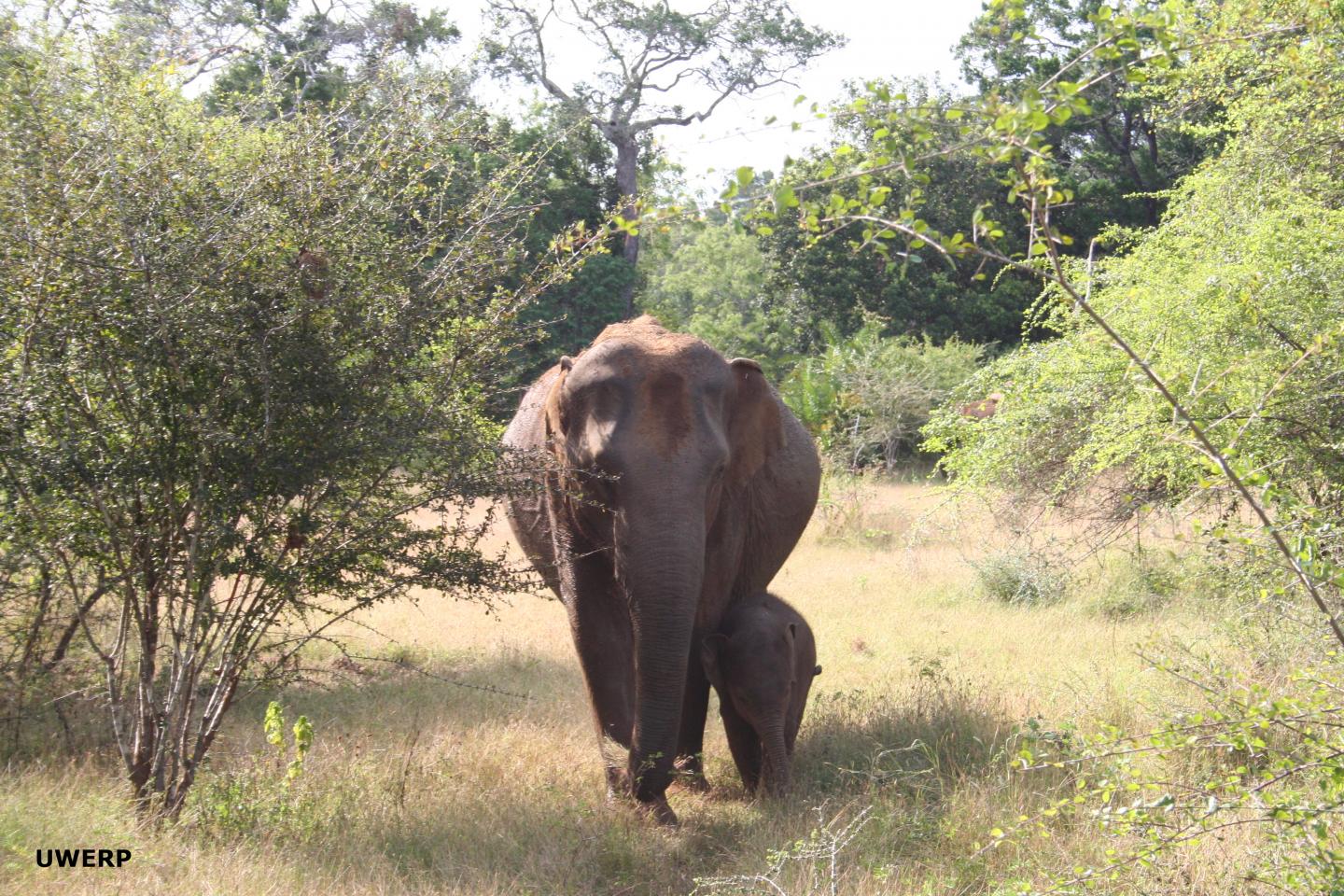 Researchers at the Smithsonian Institute have proposed a ‘demographic safe space’ for Asian elephants, to improve conservation of these and other large, slow-breeding animals

Conservation decisions based on population counts may fail to protect large, slow-breeding animals from irrevocable decline, according to new research coinciding with Endangered Species Day.

“Critical thresholds in so-called vital rates – such as mortality and fertility rates among males and females of various ages – can signal an approaching population collapse long before numbers drop below a point of no return,” says lead author Dr. Shermin de Silva, President & Founder of Asian elephant conservation charity Trunks & Leaves. “We propose that conservation efforts for Asian elephants and other slow-breeding megafauna be aimed at maintaining their ‘demographic safe space’: that is, the combination of key vital rates that supports a non-negative growth rate.”

Published in Frontiers in Ecology and Evolution, the study suggests that a combination of key vital rates governing population growth is a better indicator of a species’ viability than short-term trends in population size and distribution.

“History bears this out,” argues de Silva. “Genomic studies of the last mammoths isolated on Wrangel Island – between Russia and Alaska – have shown that although they were able to persist for thousands of years beyond the extinction of mainland populations with just ~300 individuals, they had accumulated numerous genetic mutations that may have eventually contributed to their extinction.”

In other words populations of megafauna can become biologically inviable long before they disappear, if pushed beyond their ‘demographic safe space.’

Females and calves key to saving the Asian elephant

The group applied the ‘demographic safe space’ concept to the case of the Asian elephant.

“Asian elephants are classified as ‘Endangered’ under the IUCN Red List because populations are thought to have declined by at least 50% in less than a century,” explains de Silva. “There are fewer than 50,000 wild Asian elephants living today.”

The approach shows a clear conservation priority for Asian elephants, a species in which the vast majority is tuskless.

“Measures to enhance survival of calves, and particularly females, are key to saving the Asian elephant,” emphasizes de Silva.

“But while the attention of the world has been focused on the ivory trade, for critically endangered Asian elephant populations the greatest threat is habitat loss – followed by illegal trade in live animals and parts.

“Habitat loss can create something known as ‘extinction debt’ by slowing down birth rates and increasing mortality rates. For slow breeding long-lived species, even incremental changes make a big difference, but their longevity can obscure the risk of extinction.”

A demographic safe space for all megafauna

Conservation efforts for other large, slow-breeding species – such as giraffes, rhinos, Bactrian camels and eastern gorillas – could also benefit from modelling the interaction between vital rates. Data for these species in the wild are a scarce yet urgent necessity, suggest the authors.

“Rather than rely on simple population counts or estimates of near-term extinction probability, we urge that conservation resources for slow-breeding megafauna also be invested in identifying demographic tipping points and how to maintain populations within their safe spaces.

Please link to the original research article in your reporting:

Frontiers is an award-winning Open Science platform and leading open-access scholarly publisher. Our mission is to make high-quality, peer-reviewed research articles rapidly and freely available to everybody in the world, thereby accelerating scientific and technological innovation, societal progress and economic growth. Frontiers received the 2014 ALPSP Gold Award for Innovation in Publishing. For more information, visit http://www.frontiersin.org and follow @Frontiersin on Twitter.

uniQure Stocks Up With First Phase III Results of Hemophilia B...